Virtual reality is a technology that we have heard about for a long time, but which lately is gaining speed.

But what do we hear when we talk about virtual reality? Let’s make this clear.

The virtual reality was invented by the scientist Jaron Lanier in 1989; however, the concept of simulated reality was born in the 50s of the 90s, thanks to the studies made by the American Director Morton Heilig on the cinema of experience (Theater experience), that is to say the film capable of touching all the senses realistically, plunging the spectator as much as possible into the action projected on the screen. Healing had reached the peak of his studies in 1957 when he designed the Sensorama, a kind of cabin with a chair, with a compartment in which to insert the face to look at the three-dimensional images, fans to simulate the wind, stereophonic audio and a system to reproduce perfumes and smells capable of simulating smell. However, the device was not very lucky.

The first system of virtual reality with visor and considered as it is who arrived in 1968 as a result of the studies and experiences of the American computer scientist Ivan Sutherland. The system became known as the sword of Damocles because, being too heavy to carry, it had to be suspended from the ceiling. Realism and user interface were still primitive, but in any case, it was an essential point for research on this type of technology.

In 1977, by the MIT (Massachusetts Institute of Technology) Laboratories, the first hypermedia, the Aspen Film map: a simulation of the city of Aspen City, Colorado, where users could walk the streets by choosing between three modes: winter, summer or polygonal.;

Not all the time the five senses have been fully involved in the experience: even today, the simulated images have acquired a high level of photorealism, but the other senses are not stimulated (smell and touch in particular), this is because for the human being sight is the dominant sense, and therefore virtual environments must be characterized by excellent visual quality, while the other senses have secondary importance, also because it is much more difficult to recreate realistically.

As a result, the term “virtual reality” does not have a separate definition, but is denoted by the technology used. Today, technology and the desire to find new and more exciting forms of entertainment have led to new attempts and experiences. The field of virtual reality always finds different outlets and declinations, like augmented reality, very close to the virtual reality, but which in reality develops on very different bases: the VR creates around the user an environment that has no connection with the real world, it occupies the field of view of the user at 360 ° and projects to you information and images that differ from reality, the AR, on the other hand, superimposes the data and elements to the reality that we observe through the device. Some examples to better understand what we are talking about: Google Cardboard HTC VIVE and Oculus Rift are devices for virtual reality, in effect, they cover the entire field of view of the user, while Google Glass and Microsoft Hololens enrich the vision of the user by giving him information on his screen. 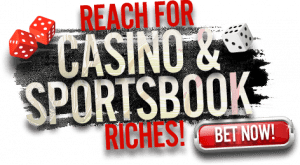